← Back to Asset Strategies

UCITS stands for Undertakings for Collective Investment in Transferable Securities. The concept originally derived from the European Directive 85/611/EC, replaced by European Directive 2009/65/EC dated 13 July 2009, which provides a single regulatory regime across the European Union for open-ended funds investing in transferable securities such as shares and bonds. With a view to defining the highest levels of investor protection, the Directive regulates the organisation, management and oversight of such funds, and imposes rules concerning diversification, liquidity and use of leverage. It was implemented into national law by Part 1 of the Luxembourg Law of 17 December 2010 relating to undertakings for collective investment.

IN LUXEMBOURG, A UCITS MAY TAKE THREE DIFFERENT LEGAL FORMS:

UCITS can be set up as a single fund or as an umbrella fund consisting of multiple compartments, each with a different investment policy. The fund and compartments respectively may have an unlimited number of share classes, depending on the needs of the investors. Under certain conditions, cross-investments between sub-funds are allowed.

Undertakings for Collective Investment in Transferable Securities (UCITS) were ﬁrst introduced in Europe in 1985. The ﬁrst UCITS European directive set out a common set of rules for the cross-border distribution of collective investment schemes via the European Passport. UCITS were designed with the retail consumer in mind, ensuring appropriate levels of protection for investors.

The key common aspects of UCITS funds are that they must be open-ended and liquid. The ﬂexibility of UCITS is evident in that they may be set up as a single fund or as an umbrella fund that is comprised of several ring-fenced sub-funds, each with a different investment objective and policy. Each sub-fund is treated as a separate entity, with the assets and liabilities segregated from other sub-funds within the umbrella UCITS fund. Management of each sub-fund can be performed by a different investment manager and sub-funds are permitted to invest in each other, subject to certain investment restrictions.

LEGAL STRUCTURES IN IRELAND INCLUDE: 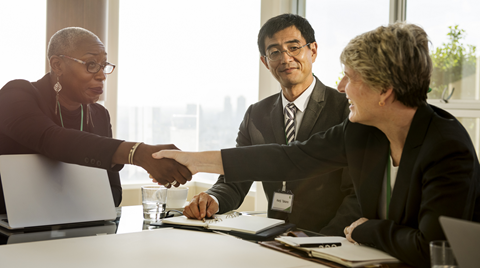 Get in touch with our team

You can find out more about this in our Cookie Notice

You can find out more about this in our Cookie Notice

Strictly necessary cookies ensure that our website is able to function properly. We don't have to ask for your consent to store these cookies on your browser.